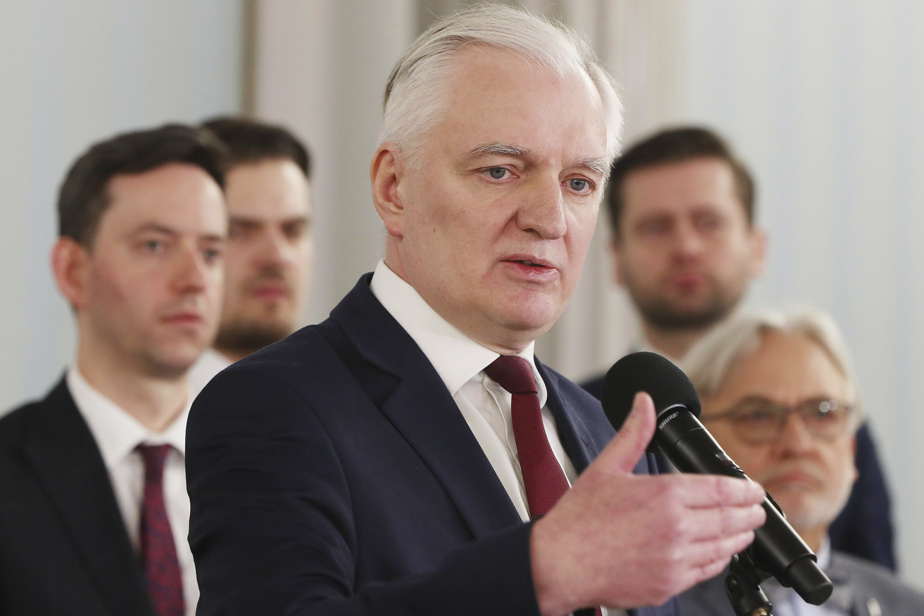 (Warsaw) The ruling conservative-nationalist coalition in Poland broke out on Tuesday after Prime Minister Mateusz Morawiecki announced the resignation of his deputy, the chairman of one of the three coalition parties.

Shortly afterwards, Mr. Gowin, head of the Entente party, one of the three formations of the Law and Justice (PiS)-led coalition, announced his party’s withdrawal from the coalition.

“We are leaving the government with our heads held high, my resignation marks the end of the United Right and the dissolution of the coalition,” he told reporters.

Jaroslaw Gowin and his party have been arguing with the PiS for months, particularly over an upcoming major economic reform.

However, his departure does not automatically mean the overthrow of the government, as this would require a formal vote of no confidence in parliament.

Jaroslaw Gowin’s party has 10 MPs in the lower house of parliament and his resignation could lead the PiS to seek a majority with other small parties, including the far-right, non-party MPs as well as MPs from the understanding of Mr Gowin.

The ruling right has so far a majority of 232 MPs out of a total of 460 in the lower house.

“I am not convinced that we will lose the majority because of that,” the government spokesman told reporters. “I am convinced that there will be people in the United Right and in the rest of the world. The Polish Parliament will support it.” the useful reforms proposed to us ”.

According to Radoslaw Fogiel, a PiS MP, some of Mr. Gowin’s decisions were “not shared by his colleagues”.

“We hope they will continue this project with us,” he told reporters.

Jacek Nizinkiewicz, commentator for the daily Rzeczpospolita, said Mr Gowin’s dismissal was “a political earthquake” but “not surprising”.

According to him, the PiS would try to convince MPs from Gowin’s party to continue to support the government.

Jaroslaw Gowin opposes the tax aspect of the PiS reform, which in his opinion should primarily affect the middle class.

“We announced that United Right would not collect taxes. However, the tax law recently introduced by Prime Minister Mateusz Morawiecki means a drastic tax increase, ”he told reporters, suggesting that he had learned of his resignation from the media.

Jaroslaw Gowin is also opposed to a law that could force American corporation Discovery to sell most of its stake in Poland’s main private television broadcaster TVN, a law expected to be passed Wednesday that the opposition says will Freedom of expression threatened in Poland.

Lex TVN is an important law for the PiS and its chairman Jaroslaw Kaczynski, who already fully controls the public television TVP, which has become a state propaganda medium, and through a state company a large part of the regional press.

Protests against this draft law broke out across Poland on Tuesday evening.

“There is something symbolic about the announcement of my resignation at a time when there are protests across Poland against the so-called lex TVN law,” Gowin told reporters. “This law clearly violates the principle of freedom of the media.”

In his opinion, “Lex TVN is pushing us into conflict with the United States, which is our most important ally from a defense perspective. ”

The vote on Lex TVN scheduled for Wednesday will be a first test of the PiS and its ability to win a new parliamentary majority.

Grand Taliban parade in Kandahar in US military planes