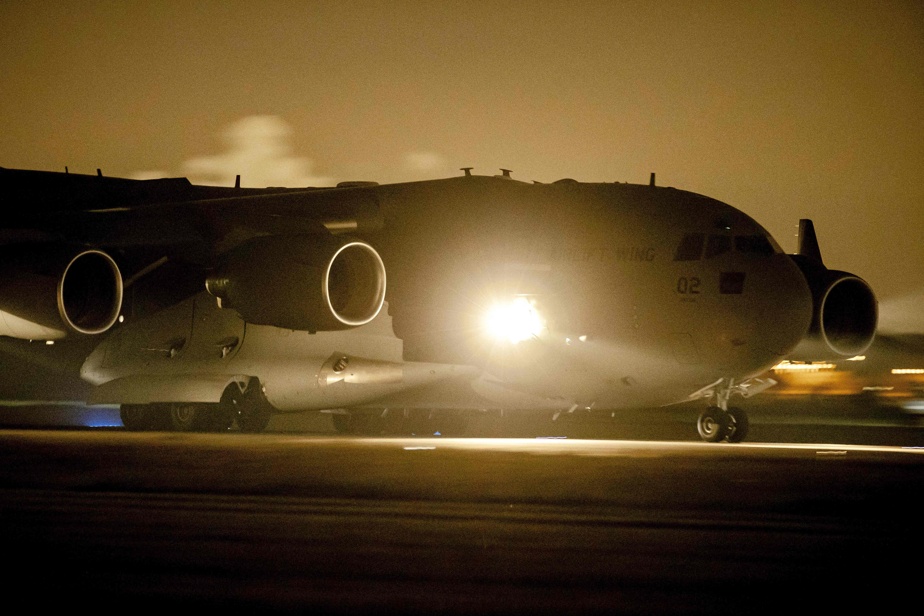 (Kabul) The US military withdrew completely from Afghanistan overnight from Monday to Tuesday, leaving the country in the hands of the Taliban, their 20-year-old enemy, after the longest war in state history.

Accompanied by this historic moment, shots rang out in Kabul celebrating the takeover of the airport in the Afghan capital by the Taliban. “We have made history,” said a Taliban official after the American forces withdrew.

“The last C-17 aircraft (military transport) took off from Kabul Airport on August 30 at 3:29 pm EDT, just before midnight in Kabul,” said General Kenneth McKenzie, who heads the central command reported on Press conference in Washington.

The ambassador and a general were the last Americans to leave Afghanistan.

Departure earlier than one day

Washington’s military withdrawal was therefore completed 24 hours before the end of the day on August 31, the deadline set by President Joe Biden to end the presence of American forces in the country.

“When the military evacuations are complete, the diplomatic mission will continue to ensure that more American citizens and eligible Afghans want to leave,” added General McKenzie.

“We have made history,” said a delighted Taliban official on Monday after the US announced that it would withdraw its last contingents from the country after twenty years of war.

“We made history again. The twenty-year US and NATO occupation of Afghanistan ended tonight, ”said Anas Haqqani, a leader of the Islamist movement, on Twitter. “I am very happy to have the satisfaction of seeing these historic moments after twenty years of jihad, victims and difficulties,” he added.

Since August 14, over an 18-day period, United States and its allies aircraft have evacuated more than 123,000 civilians from Hamid Karzai International Airport through a gigantic airlift, said General McKenzie, who admitted the US military could not evacuate as many people as he wanted.

These risky operations were mourned by a suicide bombing carried out on August 26 by the local Islamic State group that left more than 100 dead, including thirteen American soldiers.

US forces entered Afghanistan on October 7, 2001 to oust the Taliban for refusing to extradite Al Qaeda leader Osama bin Laden after the 9/11 attacks.

While the military retreat that began in mid-April went smoothly and in preparation for the 31st he thought he might be left behind.

The Taliban’s victory and President Ashraf Ghani’s flight from the country caused panic in Kabul. Thousands of Afghans broke into the taxiway at Kabul airport to flee the new Taliban regime.

The airlift gained momentum in the days leading up to Thursday when a suicide attack alleged by the Islamic State in Khorasan (IS-K) near the airport left more than a hundred dead, including 13 American soldiers.

The U.S. military, which said it thwarted a car bomb attack on Sunday and blocked rocket fire at Kabul airport on Monday, remained very discreet on security concerns about the end of the withdrawal.

This ended America’s longest war, and the last American plane took off before dawn far away from the cameras.

According to a study by Brown University, the United States will die 2,456 people and a bill of $ 2,313 billion in 20 years. They emerged from this war with an image tarnished even more by their inability to predict the speed of the Taliban’s victory and their evacuation management.

Atheist elected President of the Chaplains of Harvard University