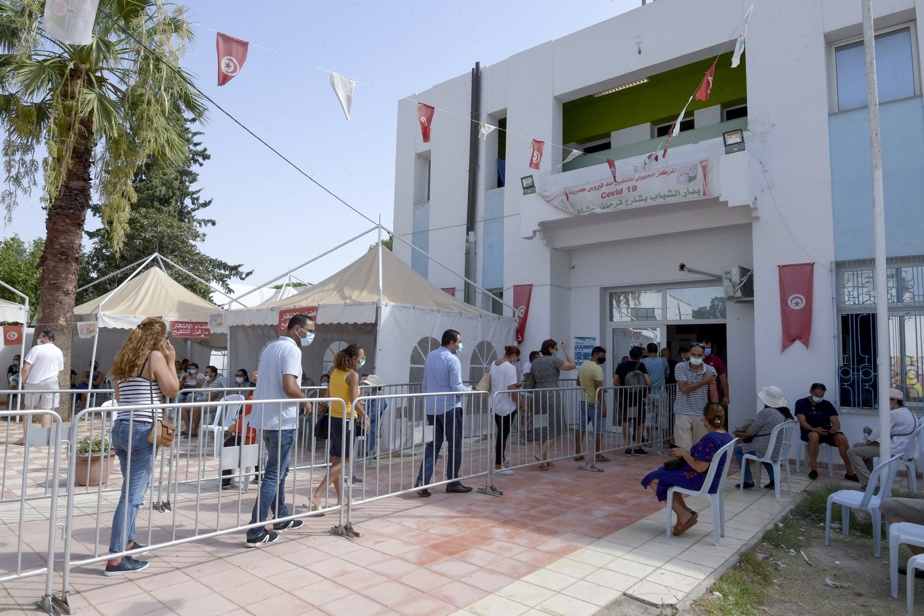 (Tunis) Tunisia, which has faced a serious health crisis for several months, carried out an intensive vaccination campaign against COVID-19 during an “open house” on Sunday after receiving more than six million doses from Arab and Western countries .

551,008 people over 40 who were housed in 335 centers were vaccinated on the occasion, an initiative of President Kais Saied, the Ministry of Health said.

According to AFP correspondents, the rush was high in the middle of the day. At 1 p.m. (11 a.m. GMT), they had received a dose of vaccine, according to the Ministry of Health’s surveillance cell 302,751.

President Saied gave himself full powers on July 25, after a frenzy worsened by a deadly epidemic peak, against the “incompetence” of the former government and an assembly monopolized by its internal struggles.

Since then, he has created a crisis team to deal with the health crisis, which is overseen by a high-ranking soldier.

“More than six million doses have been administered in 15 days and more than two million doses are expected in the coming days, then another four million,” Saied said on Thursday in a video released by the presidency.

With the millions of vaccine doses poured in in the last few weeks after the donations, Tunisia officially hopes to vaccinate around 50% of its population by mid-October.

The head of state urged his compatriots to get massively vaccinated. “Don’t hesitate a moment,” he said.

Tunisia was hit hard by the Delta variant towards the end of its vaccination campaign: the number of deaths from the new coronavirus has more than doubled to over 20,000 since March.

Officially, this country of 11 million people now has one of the worst pandemic-related death rates in the world.

With the millions of vaccine doses poured in in the last few weeks after the donations, Tunisia officially hopes to vaccinate around 50% of its population by mid-October.

A first open house, organized at the last minute in late July, ended in a disorderly rush for vaccines. It had sacked the then health minister and highlighted the government’s lack of strategy in the face of COVID-19.

About two million people have received an initial dose of the vaccine since the campaign began in March.