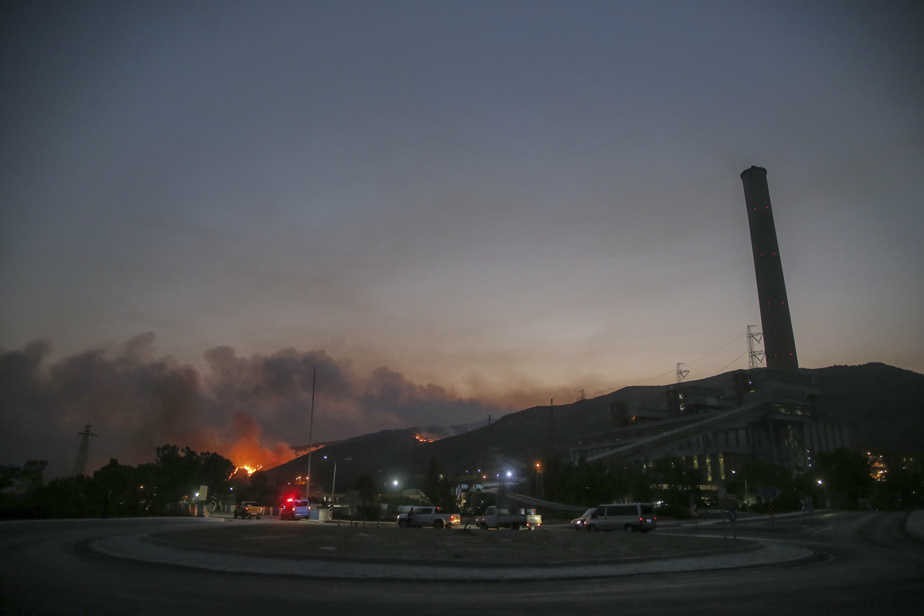 (Milas) Firefighters in Turkey succeeded on Wednesday in bringing the fires around a thermal power station in the south of the country under control, as “unprecedented” fires have been raging in this agricultural and tourism region for more than a week.

The Milas thermal power station was spared the flames thanks to two water bombers and helicopters dispatched by Spain, which dumped seawater on the forested peaks and nearby residential areas.

An AFP team in Milas saw loggers dig trenches around the threatened plant to protect it from the flames.

Most of the fires had been extinguished in Milas and only white smoke rose from behind the hills near the power station on Wednesday afternoon.

“The security forces asked us to evacuate the village, but we stayed,” a local electrician told AFP, identifying himself as Ersoy. “I didn’t think of running away. Otherwise there would be no one to put out or contain the fire, ”he said.

The mayor of Milas, elected by the largest opposition party, said the hydrogen tanks that were used to cool the facility had been emptied and filled with water as a precaution.

“I will cry with rage,” tweeted Mayor Muhammet Tokat on Tuesday, who had unsuccessfully asked for a bomber plane to be aimed at Milas during his numerous television interventions.

Since last Wednesday, more than 170 fires have devastated forests and farmland as well as inhabited areas on Turkey’s Mediterranean and Aegean coasts, killing eight people.

The fires also had a severe impact on tourist attractions, which recently resumed operations after months of restrictions related to the coronavirus pandemic.

According to the European Union’s satellite surveillance service, the “radiant power” of the fires in Turkey has reached “unprecedented” intensity since 2003.

Interview with the President on Wednesday

The Turkish government has come under fire for its handling of the crisis and the lack of water bombers.

The opposition criticized President Recep Tayyip Erdogan for failing to maintain his water bomber fleet and for being slow to accept international aid.

The Turkish head of state also angered many Turks on social media for throwing tea bags at confused residents last weekend while visiting the fire-ravaged city of Marmaris with a heavy police escort.

In view of increasing criticism, Mr Erdogan decided to give an interview on a national broadcaster on Wednesday evening.

In the early days of the fires, columnists in pro-government media accused the Kurdistan Workers’ Party (PKK) of being behind the flames, an organization classified as terrorist by Turkey and its Western allies.

But the authorities are now citing the extreme heat wave that continues to hit southern Turkey.

Turkish Agriculture Minister Bekir Pakdemirli said temperatures in the Aegean city of Marmaris had hit an all-time high of 45.5 degrees this week.

“We are waging a very serious war,” the minister told reporters. “We have to keep our morals and our motivation. I urge everyone to be patient, ”he added.

Migrants at risk in the Darien jungle in Panama

Clear majority towards the end of all Corona requirements |