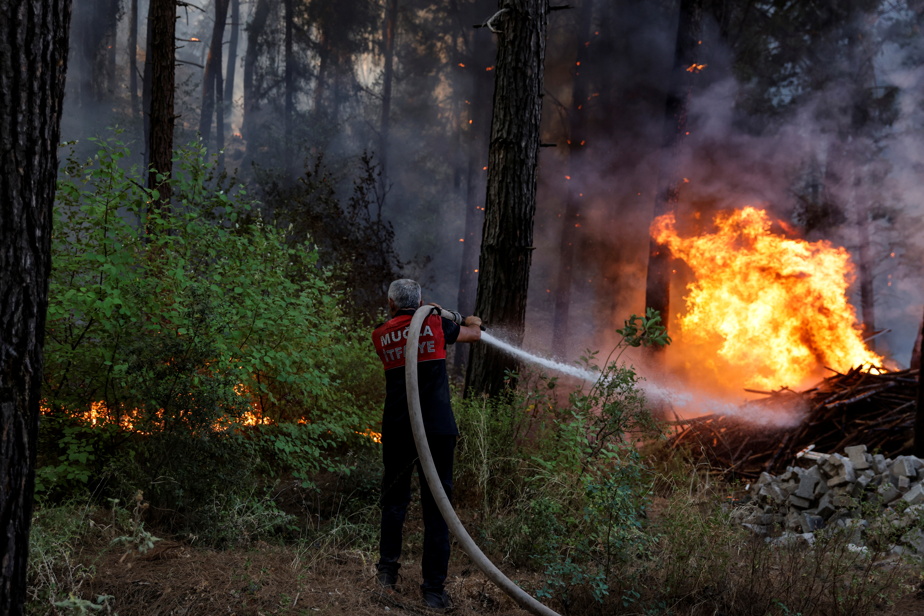 (Ankara) Firefighters fought forest fires in southern Turkey for the fourth year in a row on Saturday, while the death toll rose to six, Turkish official Anadolu reported.

The fire death toll, which also injured more than 300, rose from four to six after the bodies of two workers who tried to fight the flames were found, the agency said.

A new fire broke out in the tourist town of Bodrum on Saturday, in which residents and travelers had to be evacuated from their homes and hotels.

Ten fires were still raging in the region, while 88 more were brought under control since Wednesday, Agriculture and Forestry Minister Bekir Pakdemirli said in a tweet.

Investigators tried to find out if some of the fires had been started intentionally.

A helicopter is fighting the fires near the country’s Mediterranean coast.

President Erdogan was criticized when it was revealed that Turkey does not have depth bombers as the problem of fires worsened in the country, where a third of the territory is forested.

“The main reason for these problems with the aircraft is that the Turkish Aviation Association has failed to modernize its fleet and its technology,” said Mr Erdogan during a visit to the fire-affected city of Manavgat.

For the past decade, there has been an average of 2,600 fires a year in Turkey, but that number has risen to nearly 3,400 fires in 2020, according to Husrev Ozkara, vice president of the Turkish Forestry Association.