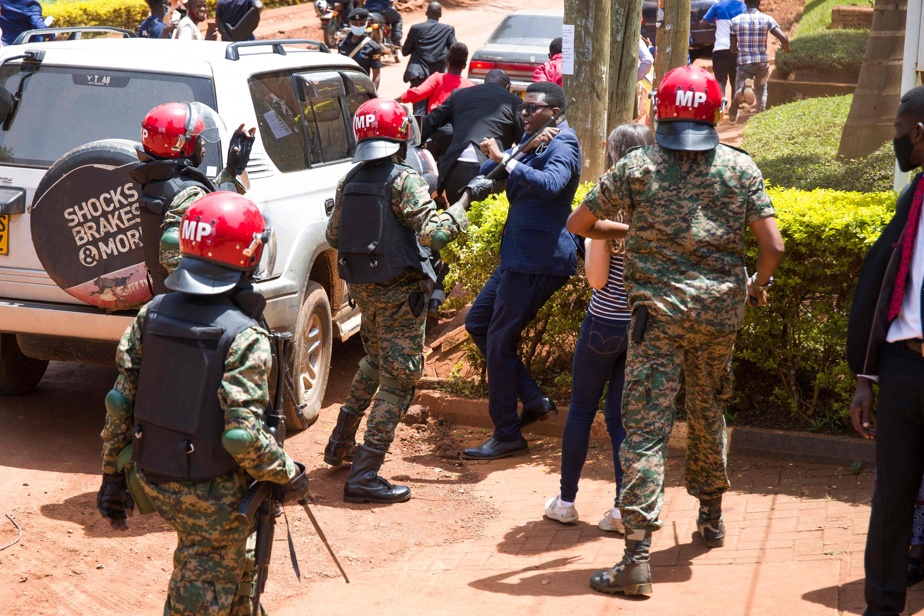 (Kampala) Two Ugandan opposition MPs were charged Tuesday with allegedly orchestrating a spate of machete murders that killed dozen people in the south of the country, a move their lawyer described as “political persecution”.

The Masaka region, around 150 kilometers southwest of the capital Kampala, has been living in terror for two months from gangs who, according to the police, killed around 30 people, mostly older people, in their homes during the night.

After two days of interrogation by police, MPs Muhammad Ssegirinya and Allan Sewanyana were charged by a court in Masaka with triple murders and one attempted murder, their lawyer Elias Lukwago told AFP.

“You have denied all allegations […] This is political persecution by (Yoweri) Museveni’s military regime, ”added the Ugandan President.

“We strongly condemn the use of a biased judicial process to achieve the political goals of a ruling party,” he said, pointing out that they will be held by the 15th near Kampala.

Ugandan police spokesman Fred Enanga said that MM. Ssegirinya and Sewanyana were arrested after several suspects accused them of organizing these attacks “to instill fear in the population and to make people hate the government”.

Both MPs are members of the National Platform for Unity (NUP) of opposition leader Bobi Wine, rival of President Yoweri Museveni in the controversial elections in January.

Bobi Wine, real name Robert Kyagulanyi, said the allegations were made by President Yoweri Museveni’s government to discredit the opposition.

“When the president recently said that the opposition was behind the killings, we thought it was a bad joke. But when the police called in our deputies, we understood that the regime’s plan to implicate the NUP leaders in the killings was at work, ”he said.

In a speech last month, Museveni called the perpetrators “pigs” and vowed their doom.

In power since 1986, Yoweri Museveni, 76, was re-elected for a sixth term in January, ahead of Bobi Wine, who denounced an electoral “masquerade”.

“No matter what the Museveni regime does, one day Uganda will be free and those charged with crimes for belonging to the opposition will be released,” said Bobi Wine.

In Masaka, local residents called on the government to take tough action to stop the killers.

“We mourn our loved ones who have been killed, we live in fear of being killed by gangs armed with machetes,” Sarah Kasujja, a 45-year-old trader whose 81-year-old grandfather is one of the gangs, told AFP. the victims.

“Some old people who lived alone […] fled their homes to find safety in the cities, ”she adds.

“The government should be held responsible for not defending us against the killers. The army and police were deployed, but they were late, ”she said.

The Ugandan National Council for the Elderly, President Charles Isabirye, described the wave of murders as a “shock to the nation”.

“It is inconceivable that someone kills elderly people who live quietly in their homes,” he told AFP.

“We call on the government to ensure the protection of the elderly in the countryside, and the people who are stuck (the murders) must be identified and punished,” he added.

Taliban government meets skepticism in US and Germany |