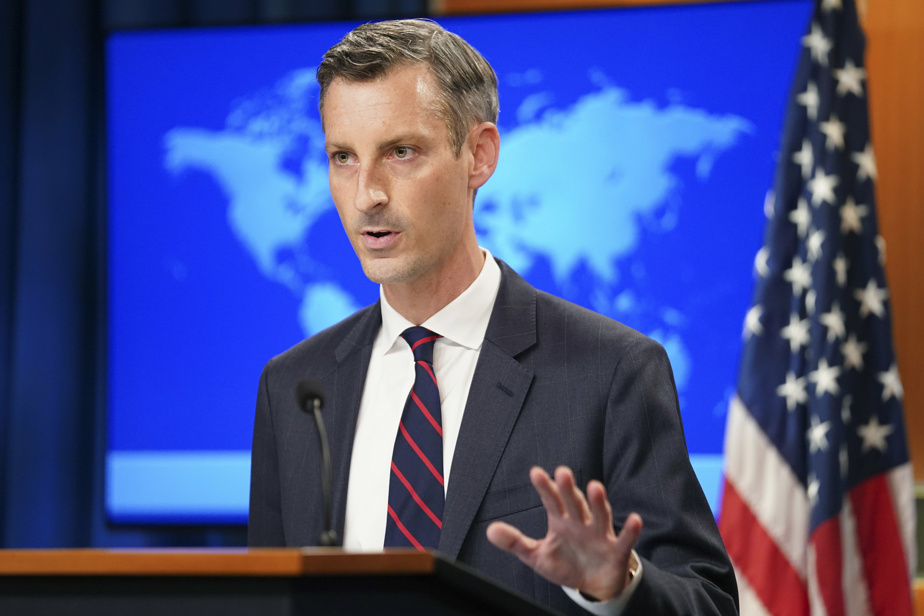 (Washington) The United States said Monday it would only recognize a Taliban-led government in Afghanistan if the Taliban respect women’s rights and oppose terrorists.

“A Future Afghan Government That Preserves the Fundamental Rights of Its People” […] including half of its population – its wives and daughters – “which is no haven for terrorists,” “it is a government we could work with,” he affirmed.

The spokesman also said US envoy Zalmay Khalilzad was still in Qatar, where talks had been ongoing with the Taliban for several months, and that US officials were still on the phone with insurgents in the Gulf country.

“I would say some of these discussions have been constructive,” said Ned Price.

“But here, too, we will observe their behavior with the Taliban instead of listening to them speak,” he said.

The U.S. military also said it is in contact with the Taliban to discuss the status of Kabul airport, which U.S. forces secured as they attempt to fly thousands of Americans and Afghans with ties to the United States .

The insurgents took Kabul with surprising ease on Sunday, days ahead of Joe Biden’s deadline for a full withdrawal of American forces that will have to end the longest war in American history in 20 years.

President Ashraf Ghani, who had spoken to Foreign Minister Antony Blinken by phone the day before, fled his country on Sunday.

Spokesman Ned Price continued to speak of “President Ghani” but declined to clarify whether the United States would still recognize the man as the rightful leader of Afghanistan.

“There has been no formal transfer of power,” said Ned Price.

US and UN officials soon in Ethiopia to Tigray. to help

The “shaman” QAnon of the Capitol attack pleads guilty