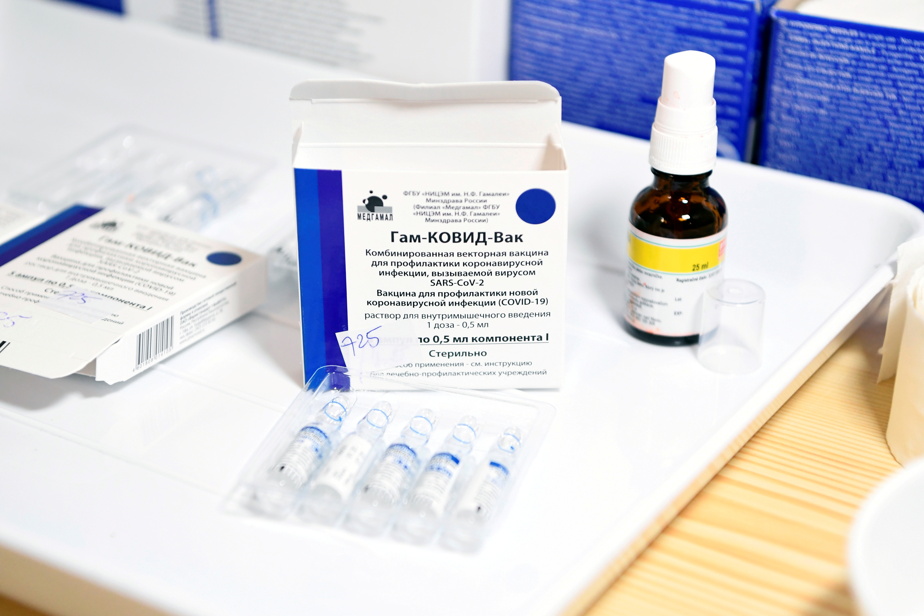 “In total, more than 18,500 people were vaccinated with Sputnik V,” said Zuzana Eliasova, a spokeswoman for the Ministry of Health.

There was little public demand for this vaccine. While Slovakia purchased 200,000 doses of Sputnik vaccine in March, fewer than 40,000 were used.

After Hungary, Slovakia was the second country in the European Union to use this product, which has not been approved by the European Medicines Agency (EMA).

This purchase split the political class and led to the resignation of Prime Minister Igor Matovic. Mr Matovic and his health minister, Marek Krajci, were actually forced to resign after three members of the ruling coalition of four rejected the purchase.

April a new government was appointed under the leadership of Eduard Heger.

In an interview with AFP in June, Heger pointed out that Slovakia’s decision to buy Russian vaccines was made because of the pressure at the time regarding vaccine supplies.

“The decision was made under the very strong impact, probably the strongest, of the pandemic. We needed a lot of vaccines, ”he added. “Based on the information we have today, I don’t think such a decision would have been made,” he said.

The Russian Direct Investment Fund (RDIF), which financed the development of the vaccine from Moscow, ruled on Tuesday that “Sputnik V in Slovakia is facing a disinformation campaign related to the political struggle between different government groups”.

The Fund added in a comment to AFP that “the efficacy and safety of the Russian vaccine has been confirmed in clinical trials and in actual use worldwide” and that the batch sent to Slovakia has been confirmed “also in Hungary in an EU certified” Laboratory”.

August 17, 2021
Recent News
RSS Error: A feed could not be found at `https://www.lavernecommunitynews.com/feed/`. This does not appear to be a valid RSS or Atom feed.
Facebook Twitter WhatsApp Telegram
Back to top button
Close
Close
Close
Log In