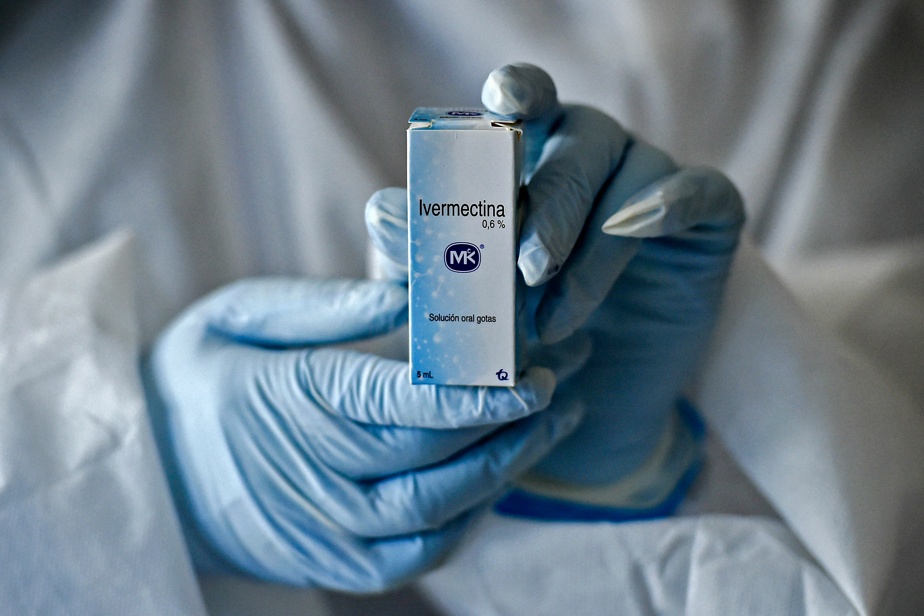 U.S. hospitals are being forced by courts to give ivermectin to patients suffering from COVID-19, despite health officials across the country reiterating that such use is contraindicated and potentially dangerous.

Families worried about the deterioration in the health of a loved one affected by the disease have successfully argued for the past few months that the product, normally used as a pesticide in humans and animals, is their newest chance of survival.

A Connecticut resident, Julie Smith, obtained a relevant verdict 10 days ago in particular. She argued that traditional treatment routes for her 51-year-old husband with COVID-19 were exhausted and ivermectin was the only remaining option. The judge did not justify his decision in writing.

Ms. Smith’s attorney Jonathan Davidson emailed La Presse that the hospital had not appealed and that ivermectin administration had started as planned. He declined to provide any information on Mr. Smith’s health.

Ms. Smith stated on an affidavit that she was inspired by another case won in Chicago in May. A 68-year-old woman’s daughter, Nurije Fype, whose condition was worsening, successfully moved to an Illinois court with the help of a group of doctors promoting the use of ivermectin for COVID-19.

The judge ordered that the management of the facility where Ms. Fype was hospitalized “go out of their way” to allow an outside doctor to administer the product after several doctors at the hospital in question refused to do so.

Desareta Fype, who did not respond to our interview requests, later stated on her Twitter account that her mother was discharged from the hospital in early July. In an online post, she attributed her recovery to ivermectin.

These court rulings complicate the task of U.S. federal agencies trying to discourage use of the product in the context of the pandemic. They oppose conservative media stars who recommend their use, often by downplaying the importance of vaccination.

The Food and Drug Administration specifically warned that such use is not permitted and could be dangerous. According to the organization, numerous cases of poisoning have been reported in patients who have taken certain doses for horses.

Merck, which makes ivermectin, recently said there was currently no “significant evidence” that the drug could be used to prevent or treat COVID-19.

Cécile Tremblay, infectious microbiologist at the Center hospitalier de l’Université de Montréal, notes that interest in the product was boosted last year by a study that showed it could significantly reduce mortality in people with the disease.

The article about it, she says, was made available prior to its validation and was widely circulated until significant irregularities were discovered and withdrawn.

Subsequent studies have so far not produced any decisive results, says the researcher, who is not surprised by the outlier observed.

“With all the disinformation floating around on social media, this is not surprising,” notes Dr. Tremblay, who draws a parallel with hydroxychloroquine, another product that has for a time been touted as a promising drug to fight COVID-19.

The idea that ivermectin could be used in the fight against the pandemic has resonated in Canada as well, prompting Health Canada to remind this week that there is no “evidence” that its use in such a context ” safe and effective ”. .

Radio-Canada reported a few days ago that pet food stores in Alberta had received a number of calls from people wanting to buy the product for medical purposes.

Dr. Gaston Rioux, president of the Ordre des veterinaires du Québec, said the problem is unlikely to arise here as sales are tightly controlled in the province and a prescription is required from a veterinarian who diagnosed the problem.

CDMV, the largest wholesaler in the field, reports that no unusual fluctuations in demand for ivermectin have been observed recently.

The Régie de l’assurance maladie du Québec was unable to indicate on Thursday whether prescriptions for the approved human use of the product have increased.

Dr. Cécile Tremblay believes that in the province it is also difficult to imagine that the judicial scenario observed in the United States could repeat itself, in which courts order the administration of a drug for an unrecognized use.

A spokeswoman for the College of Physicians, Leslie Labranche, said Thursday the organization could not say whether such a situation has in fact already arisen in civil courts.

At the same time she reminded that doctors are ethically obliged to “provide scientifically based care”.