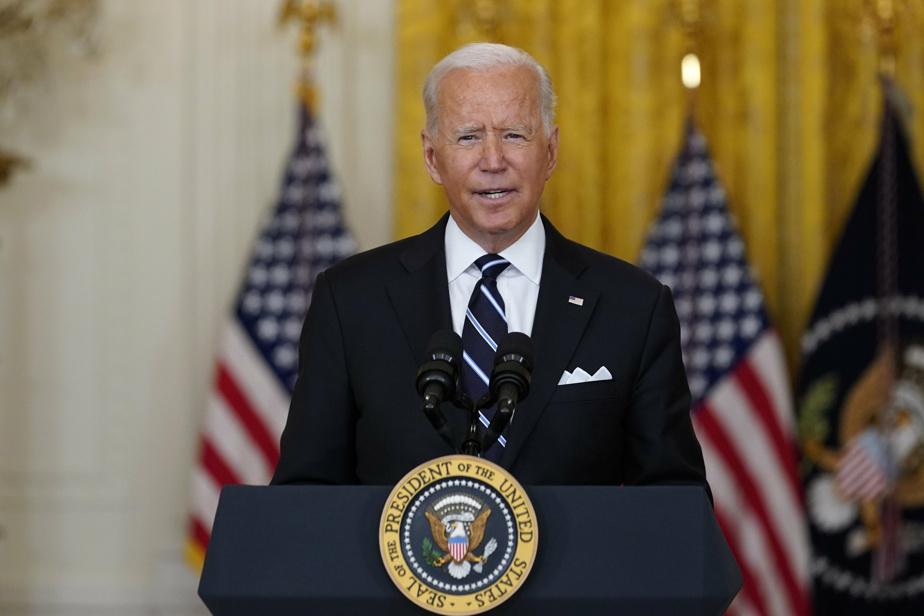 (Washington) Waging war is not a response to concerns about violations of women’s rights in Afghanistan after the Taliban came to power, US President Joe Biden said Thursday.

“The idea that we can guarantee the rights of women in the world through military force is not rational,” said Joe Biden in an interview broadcast on ABC television, his first speech since the Taliban’s return to Kabul. .

“Look at what’s going on with the Uyghurs in western China. Look at what is happening in other parts of the world, ”said the Democratic President, assuring that the way to combat violations of women’s rights is“ not a military invasion ”.

“The way to address this problem is to put economic, diplomatic and international pressure on them to change their behavior,” he continued.

Joe Biden recalled that many women tried to leave Afghanistan thanks to American evacuations at Kabul airport.

The president said he urged his advisors to “put them on airplanes” and evacuate “their families”. “We should evacuate as much as possible,” he added.

The European Union and the US on Wednesday expressed “deep concern” about the situation of women in Afghanistan and called on the Taliban to avoid “all forms of discrimination and abuse” and to uphold their rights, a joint statement said.