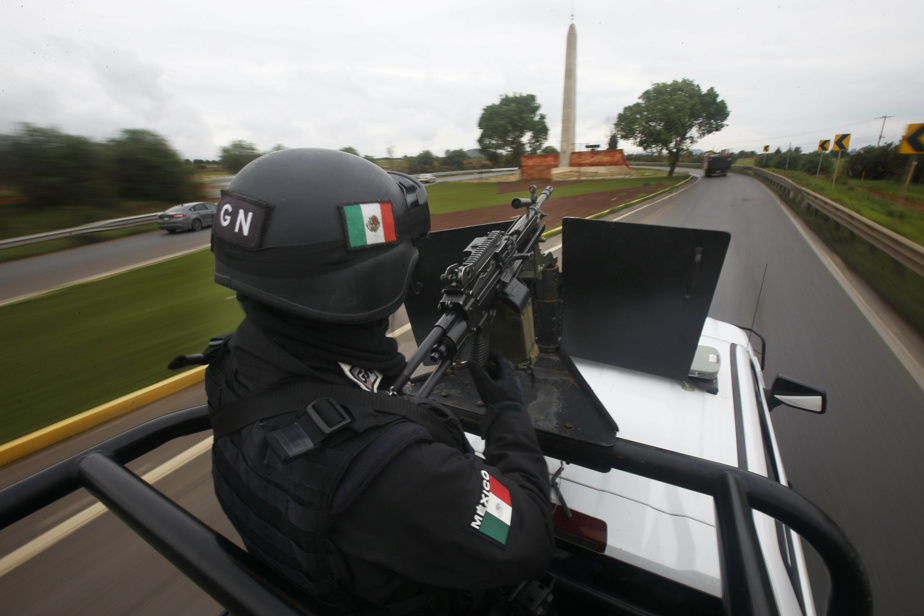 Mexican Foreign Minister Marcelo Ebrard announced on Wednesday that a lawsuit had been filed against the companies in federal court in Boston in the northeastern United States.

He denounced an “illegal trade” on Mexican territory, which causes “direct damage” to the country.

“We are convinced of the legal quality of our presentation, we will plead with the necessary seriousness. We will win this case and we will be able to drastically reduce the illegal arms trade in Mexico, ”added Ebrard at a press conference.

Mr Ebrard said that “the involvement of a Mexican government in a dispute of this nature” was “unprecedented” in a US court and that the approach had the endorsement of President Andrés Manuel López Obrador.

Companies indicted by Mexico include Smith & Wesson, Beretta, Colt, Glock, Century Arms, Ruger and Barrett, who are alleged to be in the Mexican lawsuit.

The foreign minister said the lawsuit sought to have the manufacturers compensate the Mexican government for the damage caused by their “negligent practices”.

The complaint also calls for measures to “monitor and coordinate” arms manufacturers and dealers.

“That’s what these weapons are made for: to be bought. They have more value, they have a different aesthetic and are used differently, ”explained the Foreign Minister.

The illicit arms trade is at the heart of bilateral relations between Mexico and its American neighbor, the main market for the powerful drug cartels.

More than 17,000 murders in Mexico in 2019 involved the use of weapons illegally imported from the United States, according to the Mexican government.

Historian and analyst Lorenzo Meyer has confirmed that there is no precedent for such action by Mexico in US courts, although he has little hope of success.

“An army of lawyers will rise up against us during the trial. I see this more as a symbolic act, an element designed to put pressure on gun manufacturers and the American government, Meyer told AFP.

The expert recalled that the Mexican demands have so far been limited to rhetorical demands, especially under the government of President Felipe Calderón (2006-2012), who had launched a controversial military anti-drug offensive.

Mexico has recorded around 300,000 homicides since 2006, most of them related to organized crime.