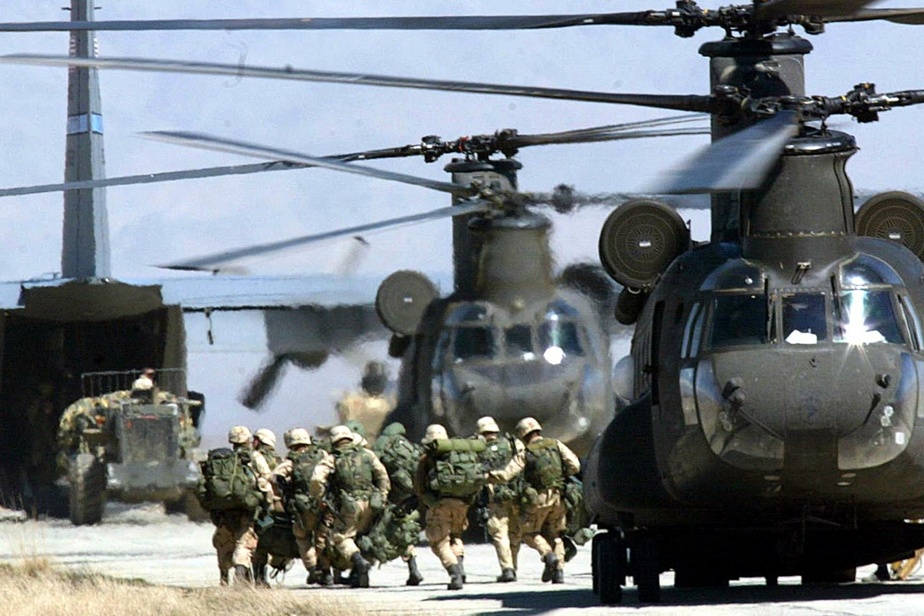 (Washington) The United States, embroiled in a race against time to evacuate Afghans who worked for the American army before it left Afghanistan, pledged to be ready to meet thousands of other people threatened by the Taliban without hiding a sense of helplessness.

In light of “the increase in violence by the Taliban,” the State Department announced on Monday that some of these Afghans “could benefit from programs to host refugees in the United States.”

This decision “extends the possibility of permanent resettlement in the United States to several thousand Afghans and their immediate family members, who may be at risk due to their proximity to Americans, but who are not eligible for visas from the United States. Special immigration “is currently granted to some interpreters, translators and other Afghan auxiliaries from the US Army,” he said.

US President Joe Biden has set August 31 as the deadline for the full withdrawal of US forces from Afghanistan, shortly before the 20th anniversary of the September 11, 2001 attacks that triggered their intervention.

But the Taliban have launched a widespread offensive, fearful that once foreign troops have withdrawn they will take power and take revenge on the Afghans who worked for them.

“We have a special responsibility to them. They were by our side, we will be by their side ”, the head of American diplomacy Antony Blinken promised the press and admitted that“ the fear of persecution and reprisals ”would only increase with the departure of the soldiers.

Former Afghan interpreters at a demonstration on Jan.

In order to evacuate them, US diplomacy has started providing them with special immigrant visas. The first two groups of 400 total arrived in the United States on Friday and Monday, out of 4,000 who took the steps to obtain this visa and are expected in the coming weeks, according to the Secretary of State.

Others, whose procedures are not so advanced, must be housed at American bases overseas while they wait for their visas.

But, according to the White House, around 20,000 Afghans who worked for the U.S. military have applied for admission to the United States, and estimates could climb to 100,000 if their family members are included. And not all are eligible for these special visas.

Other Afghans who have worked for non-governmental organizations or the American media are also threatened without being able to obtain these visas.

The Biden administration is therefore under pressure, particularly from Republican elected and Democrat elected officials, to do more.

Hence the idea to let them benefit from one of the refugee admission programs in the USA.

However, this process is long and complex: applicants for refugee status must therefore be recommended by their current or former employer. Unlike those applying for special visas, Washington has no plans to evacuate these future refugees and they will have to leave Afghanistan on their own.

Only after you move to a third country does your application begin to be examined, which then takes 12 to 14 months.

A complicated journey to a region where Afghanistan’s neighbors are sometimes seen as talibannah, like Pakistan, or enemies of the US, like Iran.

“It’s incredibly difficult,” Antony Blinken bluntly admitted, that these people were being forced to leave everything.

In addition, there are millions of other Afghans who could be at risk if the Taliban came to power but would not be affected by the decisions announced by Washington – the foreign minister himself mentioned “women and girls” who have an acute sense of threat and fear for theirs Future “.

But when asked about their fate, all he could do was encourage them to go into exile and then seek asylum in the United States the traditional route, which offers much fewer guarantees.

Poland imposes state of emergency on border with Belarus |