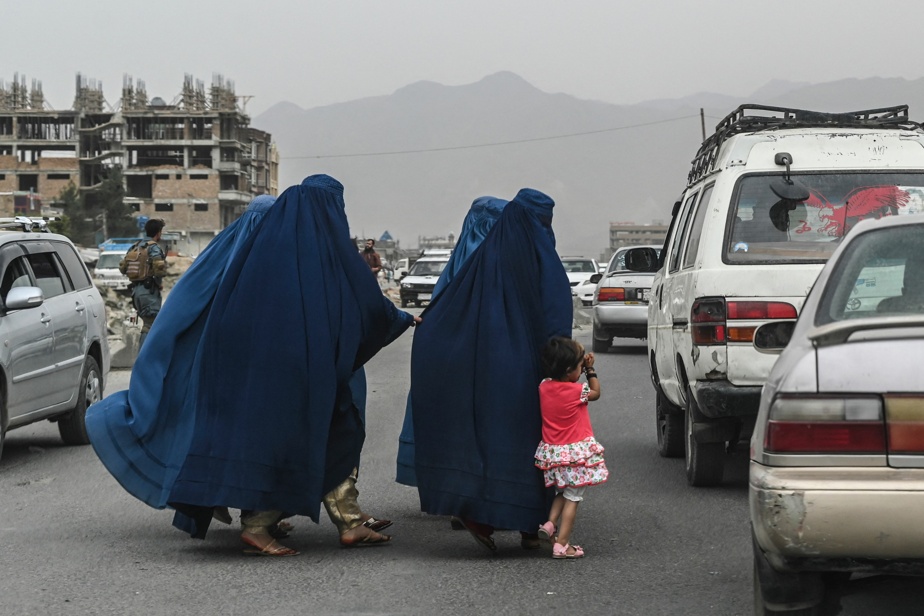 (Doha) Wearing the burqa, a full veil, will not be an obligation for women, because “there are different types of veils,” said a spokesman for the Taliban, which came to power in Afghanistan, on Tuesday.

When the Taliban ruled the country between 1996 and 2001, girls’ schools were closed, women were not allowed to travel or work and had to wear a burqa in public, a veil that covered the entire body and face with a cloth grille at eye level.

“The burqa is not the only hijab (veil) that can be worn, there are several types of hijabs that are not limited to the burqa,” said Suhail Shaheen, spokeswoman for the group’s political office in Doha, on the UK broadcaster Sky News.

Shaheen did not specify what other types of hijabs were considered acceptable by the Taliban.

With the return to power of the Taliban, who used an extremely strict version of Islamic law, many countries and human rights organizations have expressed concern about the plight of girls and women in Afghanistan.

“You can do an education from elementary school to university. We announced this policy at international conferences, at the Moscow conference and here at the Doha conference (on Afghanistan), ”said Shaheen.

Thousands of schools in the Taliban-controlled areas are still open, he said.

Last week, UN Secretary-General Antonio Guterres said it was “especially appalling and heartbreaking to see the hard-won rights of Afghan girls and women in Taliban-controlled areas being stolen from them.”

Under the previous rule of this radical movement, women could only leave their homes in the company of a “mahram,” a male chaperone from their family.

Flogging and executions, including stoning for adultery, were carried out in town squares and stadiums.