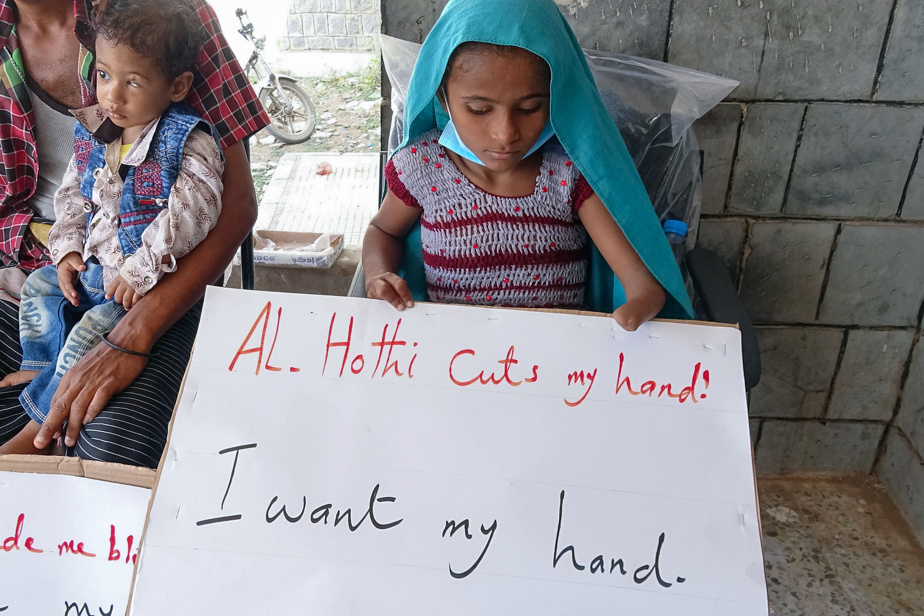 (Nicosia) London lawyers representing victims of the war in Yemen called on Monday for an investigation before the International Criminal Court (ICC) into alleged war crimes committed by pro-government forces.

For the past seven years, the war in Yemen has pitted government forces backed by a Saudi-led military coalition against Iran-backed Houthi rebels.

Since the beginning of the conflict, UN experts have denounced “war crimes” by both parties.

A Saudi air strike on the city of Sanaa in Yemen. Since the beginning of the conflict, UN experts have denounced “war crimes” by both parties.

On Monday, lawyers for Guernica 37 International Justice Chambers announced in a statement that they had provided evidence to the ICC on behalf of hundreds of people – survivors, relatives and families of those killed – in support of allegations of “crimes” and “crimes against.” the humanity “that the coalition has committed over the past six years.

Lawyers called on the ICC to investigate three incidents, including a coalition strike in 2016 during a Houthi funeral in the capital, Sana’a that killed 140 people, and an air strike on a school bus in 2018 that killed at least 40 people People killed were children.

The coalition had admitted “mistakes” had been made and said it would try the soldiers suspected of being behind the attack on the school bus.

“At the time of the attack, the coalition said it would investigate the perpetrators and bring them to justice. Of course, she didn’t do anything like that, ”said Almudena Bernabeu, co-founder of Guernica 37, according to the statement.

Neither Yemen nor Saudi Arabia are parties to the Rome Statute, the founder of the ICC. Of the countries participating in the coalition in Yemen, only Jordan has ratified the Rome Statute.

The ICC is not required to investigate complaints from individuals or groups with the public prosecutor. The latter can decide independently on the cases to be submitted to the judges of the Court of Justice.

The judges decide whether or not a preliminary investigation is approved by the public prosecutor. A formal investigation can then be initiated and, if necessary, charges can be brought.

In most cases, however, these complaints do not lead to an investigation, according to the ICC.

The war in Yemen claimed tens of thousands of lives and displaced millions. According to the UN, it is the worst humanitarian crisis in the world.

The press in Iraq | “Destruction is not just material”

The number of female journalists in Kabul has fallen sharply